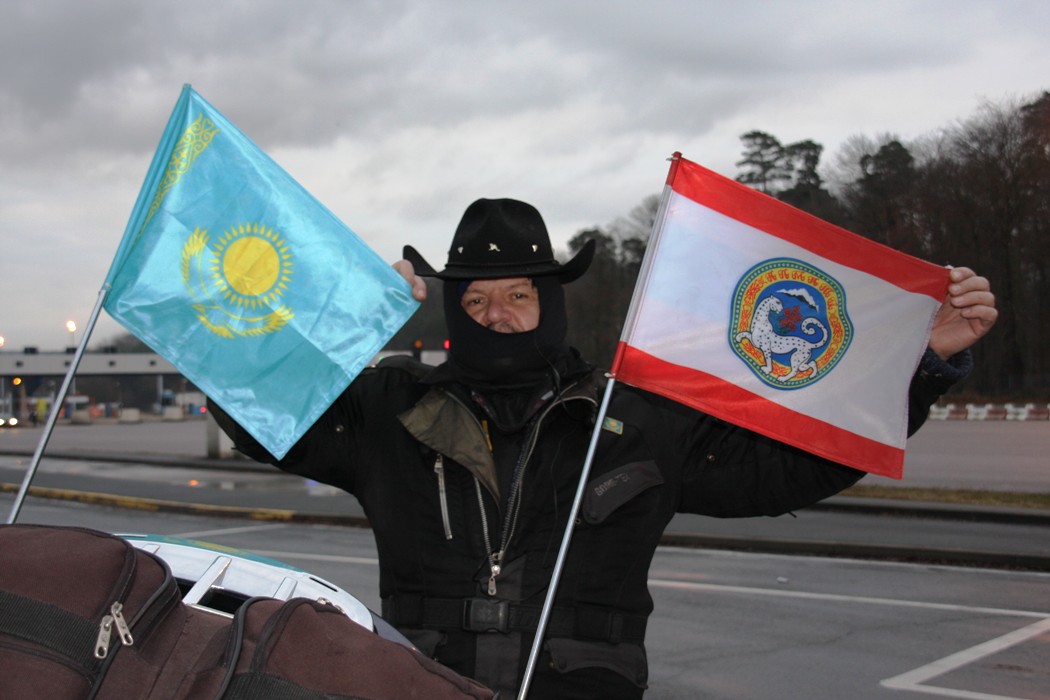 So, I’m on a plane, flying to Munich … Only now I realize that now I can not stop to start another, the fifth in a row, motocross on the roads of the world. In General, the launch was planned for August, right after the Balkhash motor festival , but due to various reasons, the trip had several times postponed for a later time. The main reason, of course, is the election of my person to the city maslikhat (Duma). I think this event is one of the main episodes of my life. It is pleasant after all when compatriots, fellow citizens, fellow countrymen give for you more than 80 percent of votes! Another mercy to all my voters! Also very tight it was a question with the material side of the new project… But now it’s over and my second motocrossed begins to be implemented.