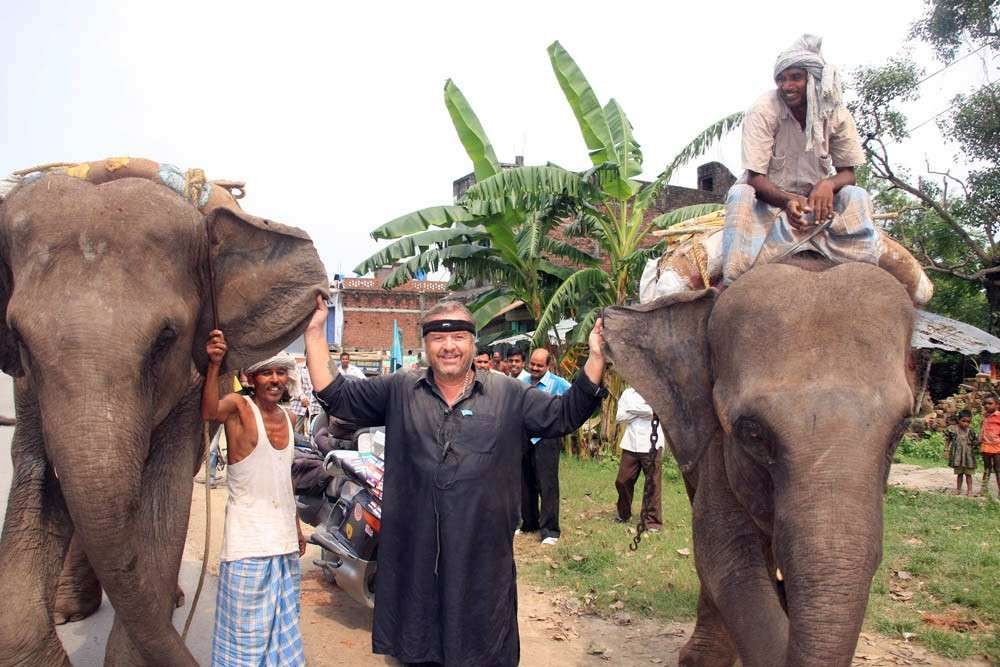 Stopped by the village. I ask at nayata, where there was an earthquake, he says it’s close, but it’s very hard to drive through the mountains. In the village of Sjlengan, I met a family that had moved from just where the earthquake was. I took a picture with them. They all remained alive, only their house was completely destroyed. Here they live in a wooden shed, inside the bunk, and in the corner something like a kitchen. However, on their faces I did not see the sadness or complete indifference to reality. All so same smile, joke. I asked for permission to photograph as politely as I could. Photographed with me in pleasure. I presented them with a book-a magazine about Kazakhstan, photos, a headdress. Gave them$ 100, explaining that it is more than 200,000 rupees. They in return invited me to go see the elephants, they say, near here.

Lucky for the full program! Of course, this is difficult to compare with the jungle of Laos, although extreme here I got more. Already after three kilometers in front of us, 30 metres away from the road, the elephant has appeared. I took the camera and went to him. The guy who accompanied us Gunay calmly took the elephant by the ear (apparently, when the elephant is taken by the ear, it becomes obedient). I first saw an elephant with tusks. Such a respect and reverent fear! Also went to the elephant and held out his hand. Trunk he sniffed his hand and turned away. I again reach out to him hand, to to communicate. He doesn’t like it, as he apparently expected me to treat, and to me this one is not suggested. Again, pull your hand to him, but it happens awful. The elephant pushed Him away, screamed and quickly went to me. I’m leaning back, and he’s coming after me. I throw the camera, the camera and that there is urine rushing to the concrete water tank. Managed to run for it, but before doing this I stumbled, hit his left foot, thought broken, although the pain was not felt. The elephant has stopped. Gunay gave him the herbs, he calmed down and calmly walked away. I walked a little fright, then began to laugh. It turns out that I have provoked the elephant. 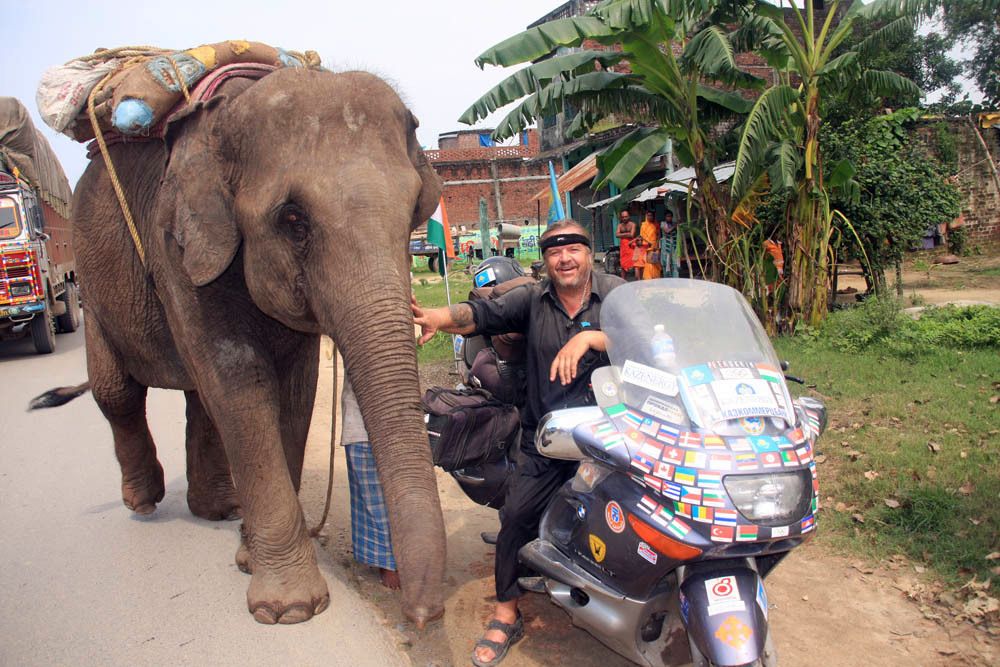 Went looking for the camera and the camera. Found a battery, when I dropped the camera, it flew and disappeared in the grass. Barely found it… But I still managed to photograph the elephant, when he began to run at me. Superfoto! My companions thought that after everything that had happened, we would go back. But not on that ran! Went into a herd of other elephants. I don’t know where I got that confidence and courage. Why, they can and I can’t? That’s probably what turns me on. But before the elephants went into the hut to the owner. He pulled out of the room a huge Anaconda (in the room, she was covered with a simple cloth) and put her on his shoulders. Suggested I do the same, I guess I thought I’d give it up. But it was not there! Experience communication with snakes I have already was. Truth, this Anaconda – white and a huge, kilograms under 30. Went outside, took a picture. Photos turned out great! Guys came into the excitement and say that I kissed her in the head. But I have the boldness has sufficed only on the neck. Then the snake began to wrap my arms and chest, I scream: “Finish! Take it off me, or I’ll go to Australia.”

Up to herd of elephants necessary to go meters 100, although they are so visible from afar. As soon as they came, I immediately armed with branches of the fern and went closer. There’s no protection on the back. The horror! Gunay with the friend approached one of the elephants, and Gunay has somehow climbed on it. It is seen that they are not quite wild and live near the village. At all something, in zoos and other institutions, where there is elephants, they all deprived of tusks, perhaps, in purposes security. Forgot to say that I’m the guys for a photo c an Anaconda gave 10$ (the taxi driver suggested), after which they bent over backwards to do as I wish. I got photos with the elephants and on elephants! The situation is about as with crocodiles: 4 elephants on the sides, one scarier than the other, and two guys with me, but I do not think that in case of what they will be able to influence the situation.

I go to the main elephant, I give the fern. The guys made the elephant sit down and I jumped on it. But what is it! Elephant dirty as a pig, well and I all got dirty. But I’m not dirt, I shout to them: faster, they say, take pictures! Drove on it a bit. When the tears of an elephant, guys have shown to me that can sit on the lap of a Bishop and keeping his tusks. Well what biker Kazakhstan will refuse such pleasure! Plucked up courage, took a breath and forward. I guess I have a slightly stupid smile on my photo, but I think it’s forgivable. And most of all I liked to play with elephants in the “tug of war”. I gave the elephant a branch of the fern, and he keep and do not let go. And so he drags the trunk to him, and I to him. Still a super photo!

Then I have elephant from tail yanked hair, that is considered a good sign. The strongest hair in the world! Then another took a picture together, paid the guys more. And let’s go back to the city. Experiences the whole mountain! Just noticed how much aching leg. But nothing important, did not break her and the elephant is not caught, and then I had to pause motocrossed. 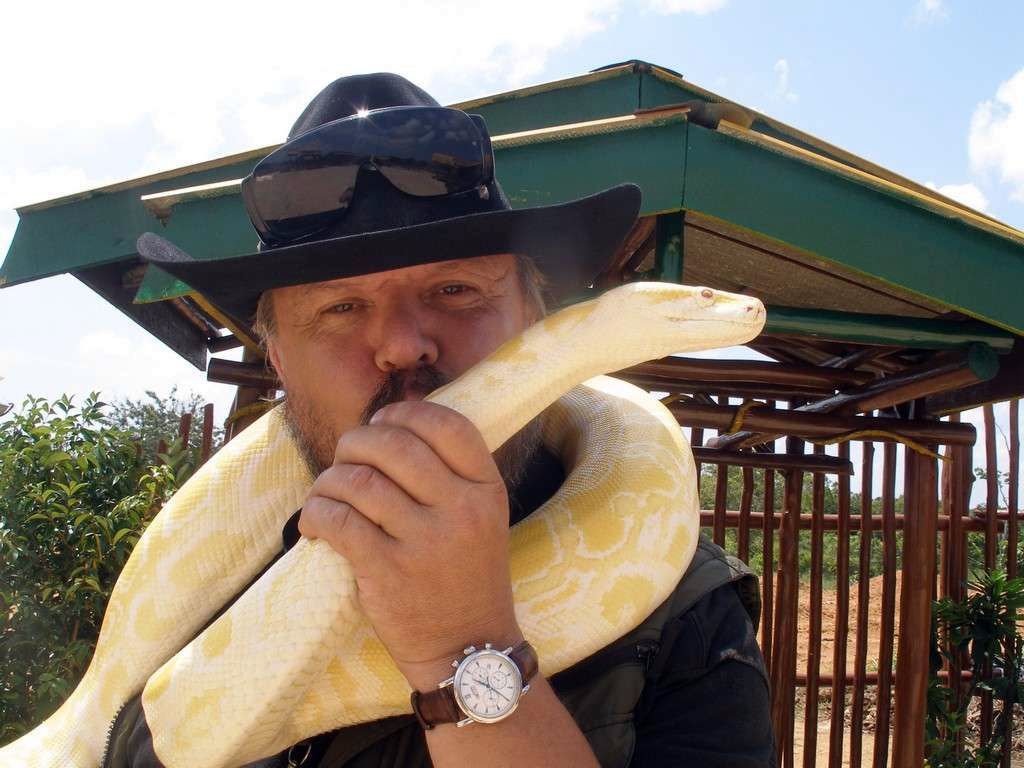 Before long, mainland! Hello, the Islands of Indonesia! 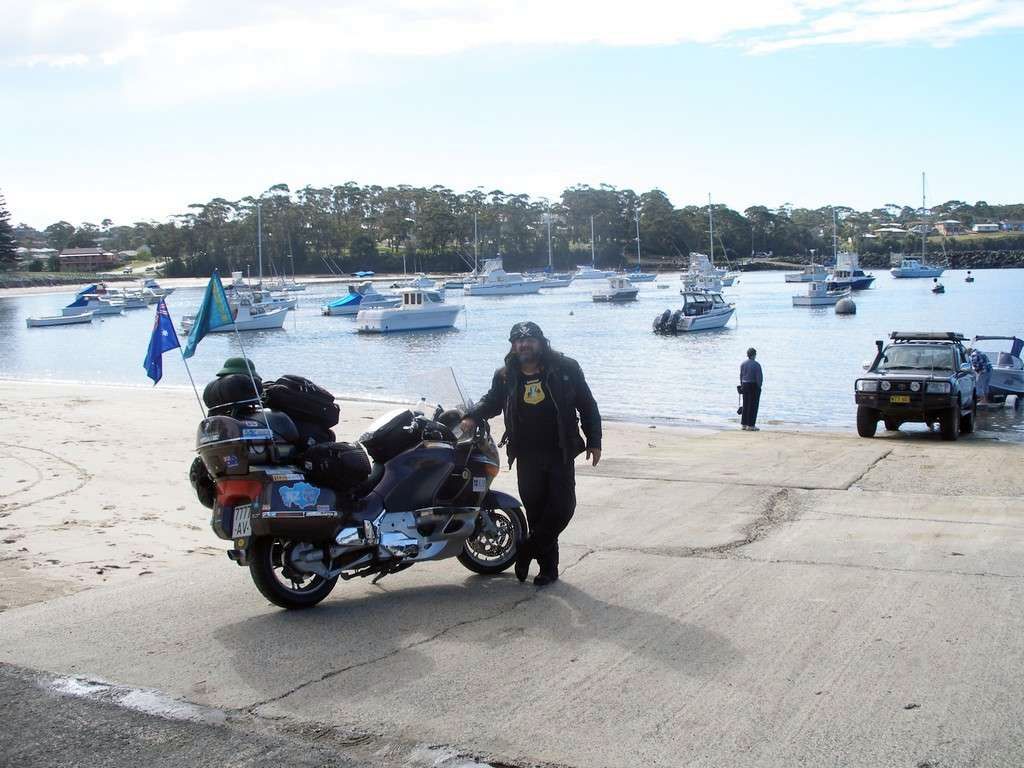 By ship to Australia