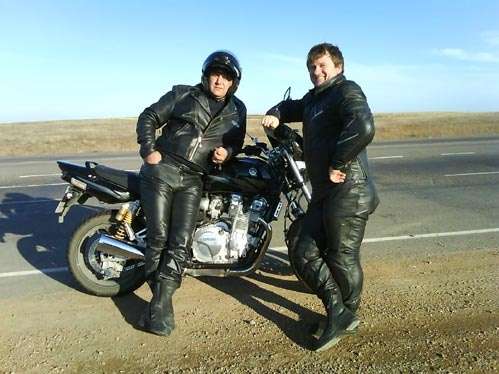 The legendary athlete crashed in time motor rally in support of his team.

Toyota, which flew into the oncoming lane, ended the life of the legendary weightlifter, five — time world champion, gold medalist of the Olympic games in Seoul and silver medalist Anatoly Khrapaty in Atlanta. The tragedy happened on Sunday on the highway Astana-Yekaterinburg. 45-year-old athlete participated in the rally in support of the Kazakh Olympic team.

– The column of bikers was driving low speed at a distance of 500-700 meters from each other — told us a close friend Khrapaty Dmitry Janbaev. But the chances of Anatolia was not… Toyota jumped into the oncoming traffic suddenly. The collision was of incredible power.

Anatoly always liked the speed, especially was not indifferent to motorcycles. At the time of training and competition for the rod on bikes had to forget. But having finished the champion’s career, he returned to a long hobby. A year ago, together with a friend, he founded a bike club in Astana.

Over the past five years, Lieutenant Colonel khrapaty worked in the Sports Committee of the CSKA defense Ministry of Kazakhstan. Continued to train, acted at competitions and in parallel was the mentor for young athletes. Eternal memory to Anatoly…